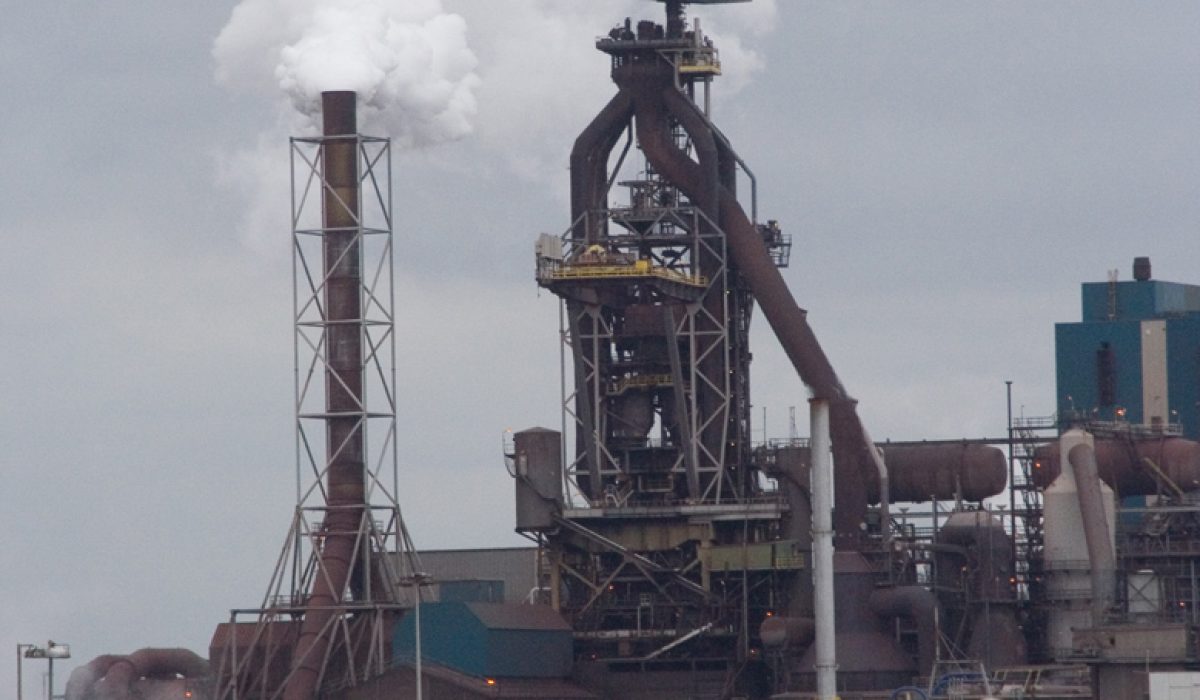 Recently, Marsh released its report on the 100 Largest Losses in the hydrocarbon extraction, transport and processing industry from 1974 to 2013. Using the Nelson-Farrar Petroleum Pant Cost Index, the report includes inflated values to show how much these 100 incidents would cost in 2013.

Of the top 20 events, eight have taken place in the United States. Most of those losses are associated with vapor cloud explosions at petrochemical plants. While the study covers 40 years of plant operations, these events are hardly in our past. A petrochemical explosion on June 13th, 2013 was one of the eight events.

While different sectors were involved in the report, all problems can be narrowed down to a few key areas that exist in all plants: Hardware, Management Systems and Emergency Controls. These are the systems that keep everything running smoothly and their failure can be catastrophic.

One of the easiest ways to ensure your safety systems are always running is to have a maintenance plan in place for routine checkups. The more regular the maintenance, the more you reduce the risk of a catastrophic event. In addition, new and emerging threats should be considered when upgrading hardware and emergency controls. This is why cyber security has been such a huge topic of late. Explosions and natural disasters may be at the heart of these 100 losses, but negligence towards emerging threats leaves the door open to something new creating even more damage.

If you want more information on protecting yourself from all safety threats, contact your local engineering consultants at Synergy Systems Inc.

The Clean Air Act continues to be debated as the EPA comes closer to the April 13th deadline to finalize new source performances standard (NSPS) regulations. According to a Power Engineering Article from March 15, the Obama administration is considering more changes to the rule regulating greenhouse gasses.

Concerns about the probability that new plants would be able to meet that rule were raised by four Democratic senators, who sent a letter to Obama urging him to amend the standard.

According to the letter, the senators worry that having the same emission standard for both gas-fired and coal-fired will actually hinder goals to reduce emissions in the United States. Not only are they concerned that new plants won’t be built, they also state that current coal-fired plants may choose not to upgrade their plant with cleaner systems because they will not be able to meet the regulations.

The letter then states that it is possible to continue to build new coal-fired plants – with state of the art technologies – and reduce admissions. Continued advancement of technology will help the industry grow cleaner throughout the years.

The concerns of the senators are clear in their letter. If those who are currently planning to build coal-firing plants are prevented due to inability to comply with the law, the jobs that may have been created will be lost and the cost of electricity has the potential to grow. In addition, these four senators are worried that such restrictions will prevent the further creation of technologies that will reduce emissions even farther.

Synergy Systems celebrates the creation of new technologies that further reduce emissions as they also tend to save businesses money and create a more efficient plant. The aim of our Energy Patriot program is to recognize the achievements of those plants and businesses that make great strides in working towards American energy independence.

Goals such as energy independence and dramatic reductions in emissions cannot be met overnight. Fine tuning of current technologies and the freedom to invent new state-of-the-art systems is an absolute necessity to achieving those goals. Synergy is proud to be a part of a movement toward a cleaner society, with systems that are optimized to create the greatest amount of product or energy while at the same time reducing the amount of fuel and emissions used.

If you are curious about what our engineers can do to save you money through optimized systems, drop us a comment here or visit our Contact Us page and speak to our experts today. 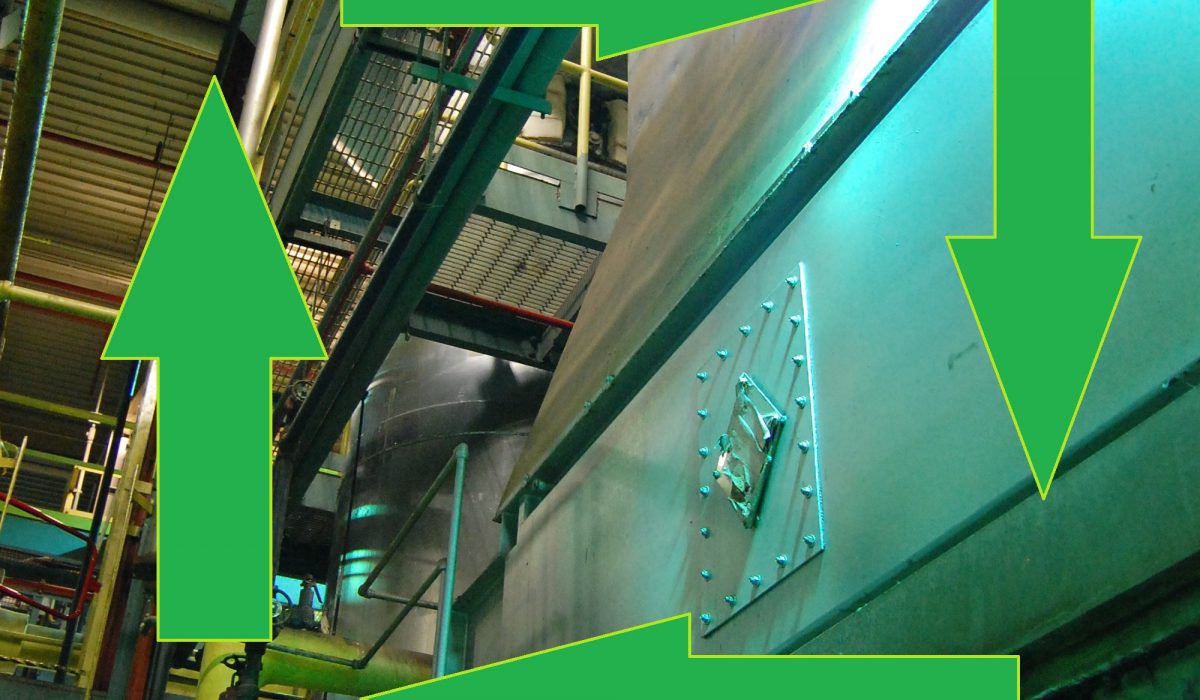 BusinessDictionary.com defines Life Cycle Cost as the “sum of all recurring and one-time costs over the full life span… of a good, service, structure or system.” This is a term often used in our industry, where process equipment and boilers are purchased with the intention of running them decades into the future. The rapid pace of technology, along with growing environmental concerns, has added additional elements to the calculation of life cycle cost. For example, a product with a long life may become obsolete before its end. Another concern is environmental laws. While a systems may be compliant with emission laws right now, changes in the future could hold even stricter emission restrictions.

Upgrading typically requires the replacement of a few parts while maintaining a whole system or product. That is changing with technology’s ever increasing advancement. Upgrading can mean different things depending on the product you purchase. If advanced technology is already being sold in the marketplace, other products may become obsolete as the newer technology takes hold. In a few decades, an upgrade may require complete replacement of some equipment. The latest technology tends to have a higher cost, which much be weighed in terms of the product life cycle. More than likely, a plant is better off choosing the latest technology because it will take a significant amount of time before it becomes obsolete. In the end, less money will be spent throughout the life cycle with a product that remains at the forefront of technology for years to come.

Today’s cutting-edge technology, such as intelligent HMI and variable frequency drives, many benefits, which much also be taken into consideration. Greater efficiency, less maintenance and a smaller environmental footprint are all elements of new technology that save money in a system. Such benefits may be necessary in the future. Our culture has only become increasingly concerned about industrial emissions. It can be assumed, then, that the future will see a gradual tightening of restrictions on emissions. A sure way to avoid negative impacts from future emission restrictions is to ensure your plant surpasses current standards. Installing an economizer can be a simple and cost effective way to begin. In addition to reducing emissions, it saves fuel and energy cost by harnessing the energy that would otherwise be lost up the stack. For these reasons, Synergy’s Economizer Solutions provides the fastest return on investment out of all of our products. At the end of the day, any steps in upgrading or optimizing that can reduce emissions can also reduce the cost of running a system. Such ‘green’ elements should weigh heavy in any life cycle cost analysis.

When it comes to calculating the life cycle cost of your next big business purchase, remember to consider more than purchase price, maintenance and life. Additional concerns, such as environmental impact and whether or not the product will be obsolete in the near future should carry a lot of weight in your decision.

~You aren’t alone in this decision. Synergy’s expert combustion engineers are always available to provide advice on whatever project you may be planning. Contact us at 630–724-1960, extension 12.